Fans at the Pacquiao vs Marquez 4 Weigh In.

LAS VEGAS, NV - DEC 7: The crowd was a mix of Mexican, Mexican-American, Filipino and Filipino-American fans at the Pacquiao vs Marquez 4 Weigh in at the MGM Grand Garden Arena in Las Vegas, NS. Some fans held banners that went as far as saying, "Manny Pacquiao For President," while others had over sized sombreros with the Mexican flag colors. Fans of Pacquiao chanted, "Manny! Manny! Manny!" Fans of Marquez fired back with a song that basically goes like, "whoa whoa whoa Marquez! Marquez!". Byline and/or web usage link must read PHOTO: © Eduardo E. Silva/SILVEX.PHOTOSHELTER.COM. 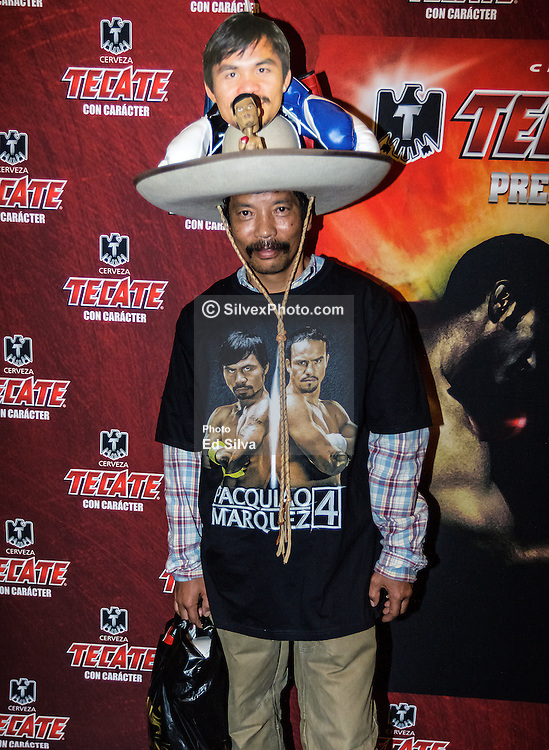