LAS VEGAS - MAY 5: Floyd Mayweather Jr at the post-fight press conference after defeating Miguel Cotto in the Mayweather vs Cotto held at the MGM Grand Resort & Casino. Reports state that Cotto went straight to his locker room shortly after the decision that favored Mayweather was announced and did not attend the press conference, as he went to the hospital instead. In the conference which was a one man show for Mayweather, he stated "This fight I thought: I'm not going to move, I could've made it easy. I was going for the KO. He was in tremendous shape." He also stated, "I don't have to fight if I don't want to. But I have to take my hat off to my team." Las Vegas, NV. 5th May 2012., Nevada USA. All fees must be ageed prior to publication, Byline and/or web usage link must read Eduardo E. Silva/SILVEX.PHOTOSHELTER.COM Failure to byline correctly will incur double the agreed fee. 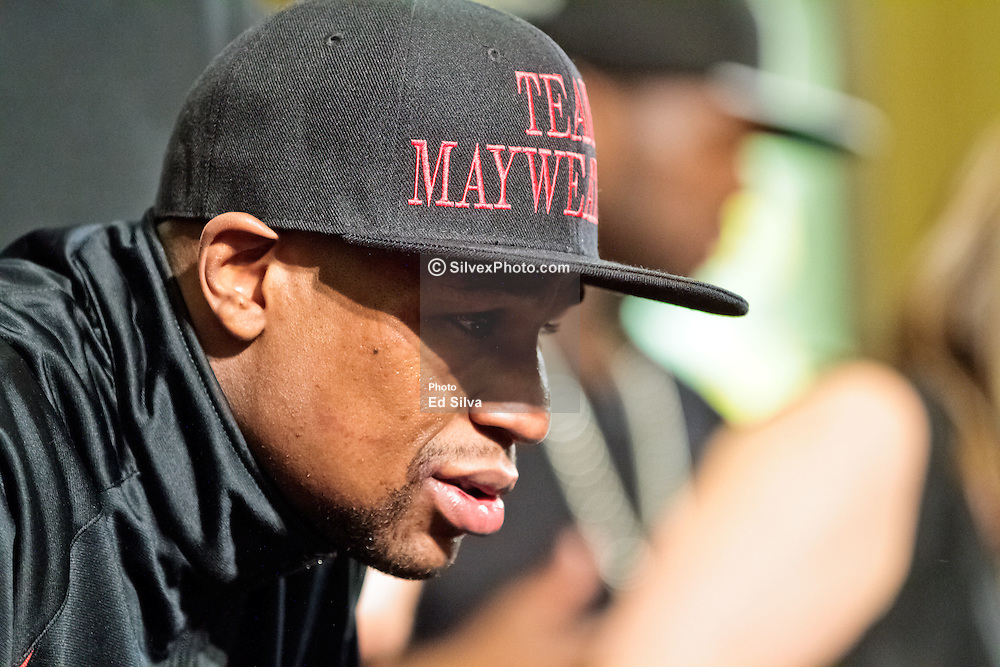